As a bit of history, the island was first occupied by the Amerindians (mainly Caribs) and then was later occupied by pirates and their infamous leader, Francois Le Clerc. He was known for his wooden leg and also went by the nickname of Jambe de Bois (meaning wooden leg in French). 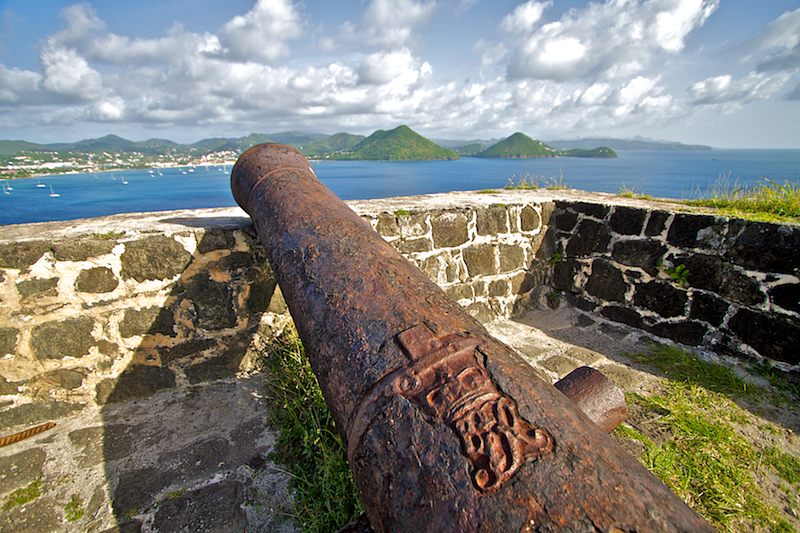 Pigeon Island is a historic site which consists of numerous forts. The British built a fort in the 18th century which they named Fort Rodney (hence the name Rodney Bay of the nearby area), which they then used to spy on French ships coming from Martinique. 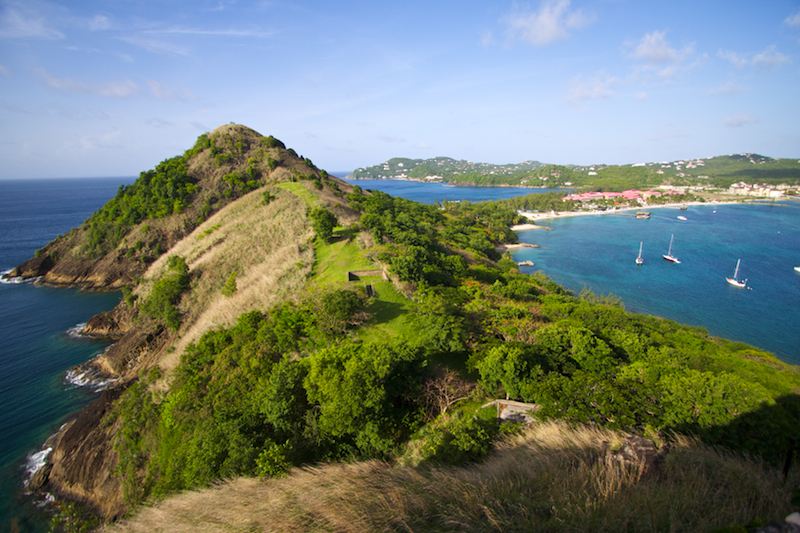 The island was artificially joined to the western coast of the mainland in 1972. Then in 1992 it became a National Park under the control of St. Lucia National Trust.

The park is a beautiful place to visit, even if not for the history but for the views over the ocean! There is a nice museum which explains all the historical details of the area, and all over the island are the ruins of military buildings. There is also a lookout point at the top of the Fort with old cannons (as above in first image) which is not to be missed.

We recommend enjoying lunch or dinner at the Restaurant Jambe de Bois – as named after the infamous pirate. The restaurant offers some tasty local cuisine.