Birding in St. Lucia – Looking for the St. Lucia Parrot

In 1970, there were only an estimated 100 St. Lucia Parrots left in the wild. This was a direct result from habitat loss, capture for the pet trade, and especially hunting for food. As St. Lucia’s only endemic parrot, in 1979 it was declared the national bird and strict protection laws were put in place.

Currently, there are probably 500 or more parrots in the wild. And so on one of our most recent visits to St. Lucia, we made it our goal to see one in the wild. We hired the services of local nature guide John of Paradise Excursions to take us on a tour through the interior rainforest where the Parrots live. 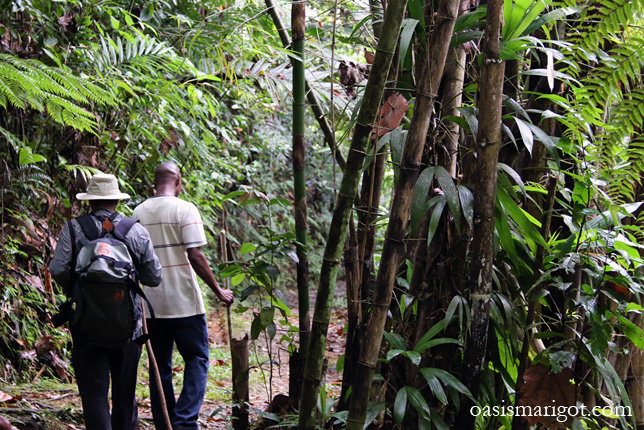 The St. Lucia rainforest is incredibly beautiful, and is a very different ecosystem than what most people see along the coastlines, so even if you’re not a birder, we always recommend to give it a visit.

We began our hike through the rainforest at about 7:00 am, and although we began to hear the squawking of the parrots from above almost right away, it was near-impossible to see them from the ground. 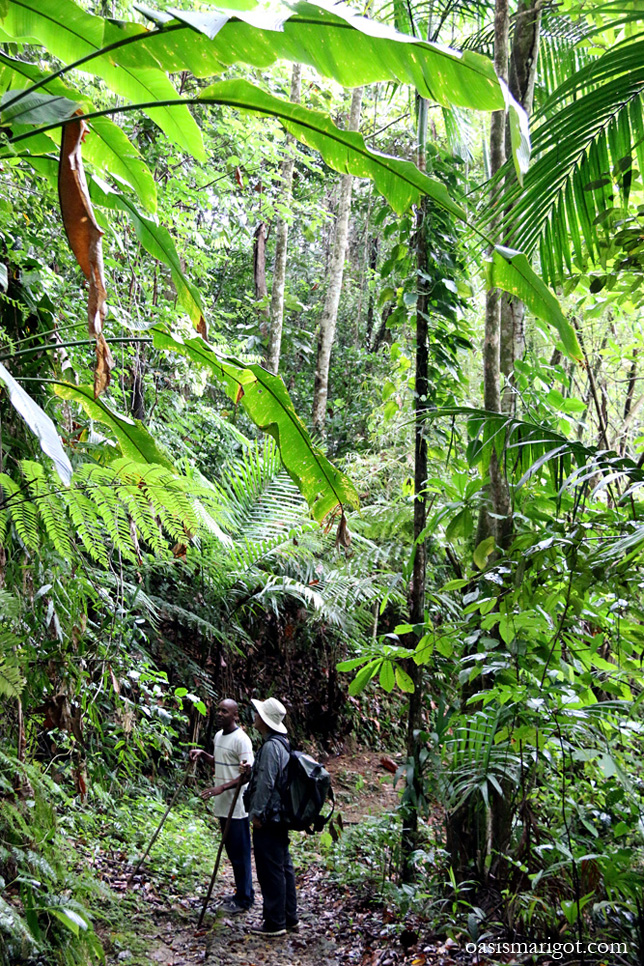 About 45 minutes into the hike, you come to a small clearing that overlooks a large valley. This will be your best place to see them, as occasionally a single parrot or pair will fly across the giant opening. 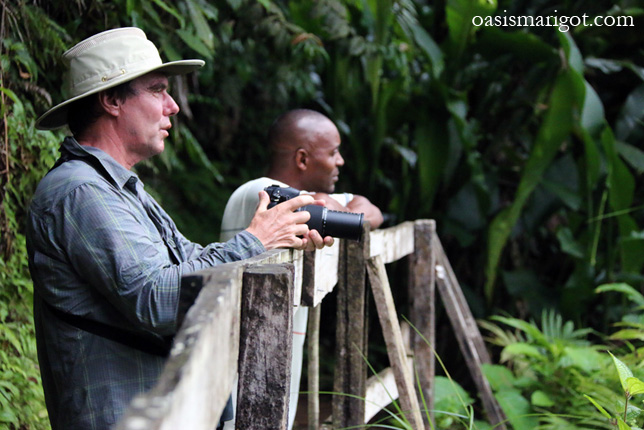 You’ll have to be quick with your camera though, because the opportunity comes and goes pretty quickly.

I would also recommend you start even earlier than we did. We were a bit late by the time we reached this point, so if you were to arrive at the rainforest entrance by 5:00 am, consider an hour for walking to this vantage point, you should be right on time for their peak activity period at 6:00 am.

We still got lucky though. Here are the photos we managed to capture of the parrots flying across the valley! 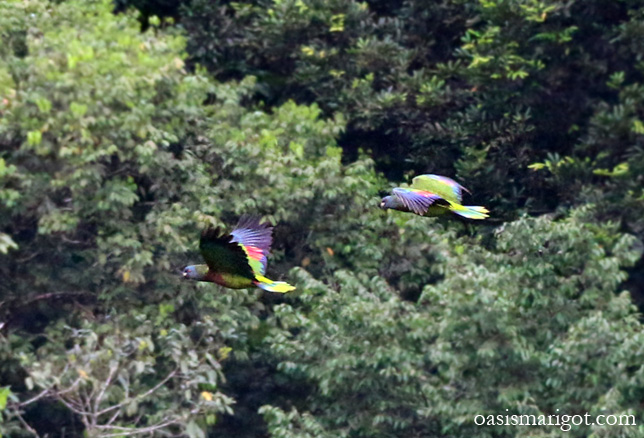 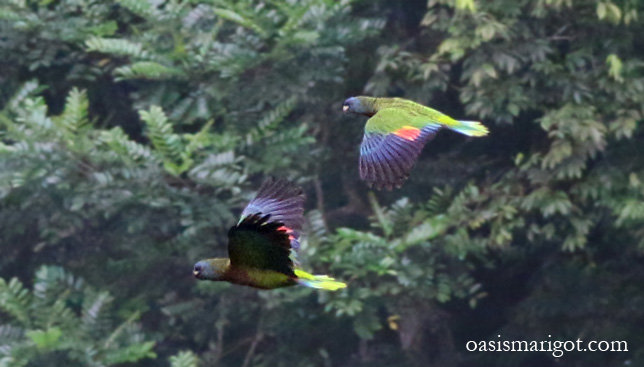 I was able to snap these with only a 200mm zoom lens, and any serious birder will likely have better equipment than I do for birding. So expect even better photos than these if you’re better equipped and get their at the right time.

This was a great experience to see them so beautifully in the open like this, but as we later discovered, they are not limited to only the rainforest as previously thought!

While driving north from Soufriere along the main west coast highway of St. Lucia one evening, we actually heard their squawking just through the open windows of the van. We pulled over and saw them – albeit at a distance – flying around over the road and hydro wires. 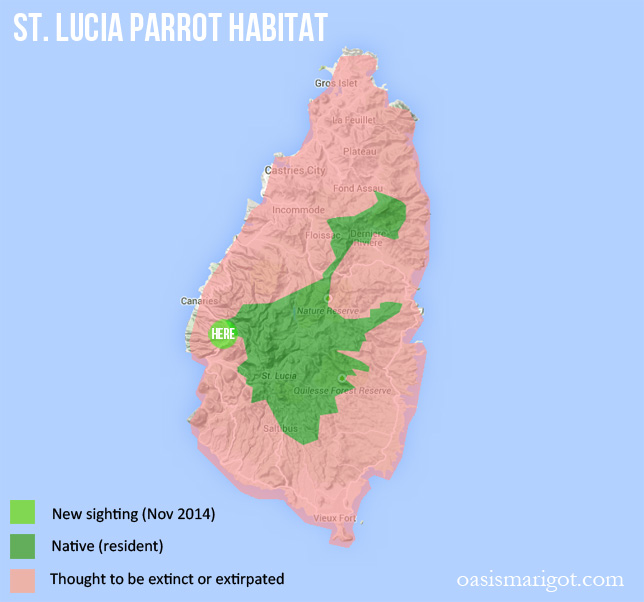 This is right at the edge of the rainforest, but it was nice to see they are now starting to venture outside, so close to people! It can only mean their numbers are doing well enough that they’re seeking new territory.

Hopefully more people will have the opportunity to see them now and appreciate their unique beauty.