November 1, 2014 Nature & Environment, and Places to See no Comments

The largest sea turtles in the world are the Leatherbacks, weighing in at 2,000 pounds – that’s the weight of an elephant! Their ridged shell and overwhelming size may give the impression of a sea monster, but don’t worry – they are known as the “gentle giants” of the oceans. Oh, and their preferred food is jellyfish – yuck. 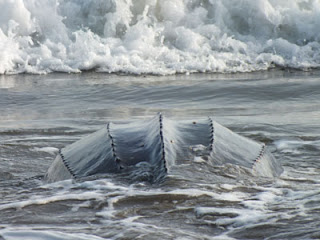 When people talk about turtle watching, St. Lucia is likely not the first place that comes to mind. But, at the north of the island of St. Lucia on Grande Anse Beach, Leatherback turtle watching is a grand spectacle for all types of vacationers. It is truly amazing to watch firsthand a creature the size of small elephant crawl out of the waves, so close you could touch them (well, actually you can). 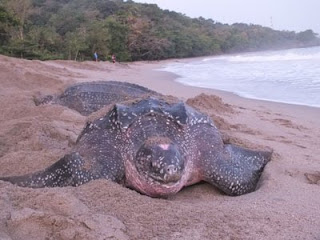 So if you’re in the neighbourhood from March to August, I would definitely recommend a little visit. If you plan to take lots of pictures you may wish to invest in an infra-red flash – as this is the only kind you are allowed. 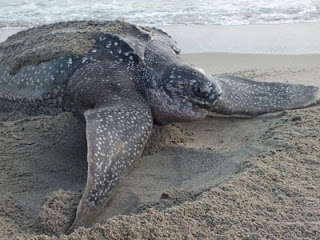 Leatherback turtles are a critically endangered species, mainly due to: climate change, egg poaching (no pun intended), fishing bycatch (that’s when they are caught in fishing lines but were not the intended catch), coastal habitat loss, and also from ingesting plastic bags and other garbage that resemble jellyfish. This is the sad reality of just how far the human footprint extends… Help save them. 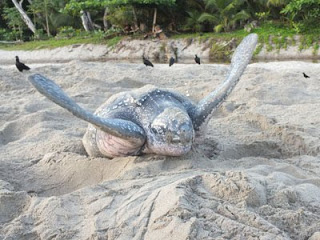 So, seeing them now is always better than later.